Meet LA’s Theo Martins…Originally scheduled for The Solution Showcase, you can catch him at Goodness on Sunday, 7/29 for free!

From djlowkey.com: I first heard MC/DJ Theo Martins when he seemingly feel on the hip hop scene out of nowhere (Providence, RI actually) with his Okayplayer-backed mixtape “The Birth”, which dropped with instant acclaim across the interwebs.Â  Shortly after that, I met Theo in person while DJing for Tanya Morgan on the Hieroglyphics Freshly Dipped Tour in 2008, but somehow didn’t make the connection in the shuffle.Â  Later on, Theo started traveling more and ultimately moved to L.A., taking on more DJ gigs while taking his MC career to the next level.Â  In 2009, I caught up with him again when he was on tour with U-N-I and Warren G during a party we threw with Akomplice at Shag, leading to me and Sounds Supreme premiering the very dope track “Kirby’s Airwalk” on The Solution Tape #1.

A year later, Theo dropped a great EP called You Can’t Do That On Television with super talented producer $port, featuring the official release of “Kirby’s Airwalk” and the Wu-inspired “Good Will Hunting (RZA ’94)”.Â  He followed that up with the Channel Surfin’ mixtape with Asher Roth’s DJ, Wreckineyez, and featuring the likes of U-N-I, CurT@!n$, Christian Rich, Jesse Boykins III & more.Â  These days you can catch Theo making everything from dance-friendly tracks like “For Helena” and his Sincerely Yours, The Dance Floor project to indie type joints like his collab with Wakey!Wakey! to straight hip hop joints like “Mario Kart” and features with the likes of Fresh Daily, Laws, Ced Hudges & Donwill.

Check out this excellent interview with Respect Mag from earlier this year to get more familiar with Theo and we’ll see you at the show:

Posted by DiskiBusiness on Wednesday, February 29, 2012

Theo Martins is an emcee that hails from Rhode Island. Four months ago, he visited Los Angeles, and on a whim, decided to stay and crank out his debut LP, Wonderland. He insists on breaking through the breadth of uninspired sameness in the game, and wants to change the world through music, by making tracks that move you â€” emotionally, spiritually, and physically. While putting the finishing touches on his album, he took time to talk to RESPECT. about how he got into rapping, how he finally settled on his stage name, his new sound, his album, and the importance of being accessible. Hit the jump for the full interview.

So you started out as a DJ and called yourself S-Class, right? Howâ€™d you decide to make the transition from spinning the records to making them yourself?

Iâ€™ve always performed. I have an older sister and we both would make up songs in the house and perform them as little kids, soÂ Iâ€™ve always had the urge to perform music on a bigger scale, and taking the first step as a DJ was great because I loved playing records and controlling an audience through just playing music, but I knew I wanted to do more â€” it was a process of evolution.

Why did you decide to use the name Theo rather than S-Class?

I started running with â€œS-Class.â€ I was gaining popularity, andÂ Iâ€™d traveled a lot under that name, so I thought itâ€™d be cool just to use that. But around the time, I remember Wale had just started emerging, and I was really inspired by how he just used his real name. And I thought to myself: â€œMan, I think itâ€™d be cool if I just go by my name.â€ Itâ€™s shortened, clearly â€” my full name is Theophilus, but I go by Theo, and I figured thatâ€™d be cool.

Rather than coming up with something random that youâ€™ll want to change eventually?

Yeah. I really love cartoons and the idea of stage names and stuff, but I guess Theo is good enough.

Your first two mixtapes seemed to have more of that classic hip-hop feel with tracks like â€œSweetest Language,â€ and â€œKirbyâ€™s Airwalk.â€ Sincerely Yours, The Dance Floor was a marked change in your sound. What brought on that change?

I wanted to do more sonically. When I first came in, it was a lot of me mimicking my influences â€” Lupe Fiasco, Kanye West, Pharrell, and N.E.R.D. I was just mimicking my way until SYTDF. I was trying to take a full step into something that was new, that had more life to it, that had color, that had more of a pulse to it. I wanted to try things that really excited me. That was the jump. I needed something bright. And you could see that in the artwork â€” It was neon pink! [laughs].Â I just needed to set a contrast. Rap music now, itâ€™s great but sometimes I feel itâ€™s a bit dull.

Yeah, you do tend to see more and more of the same.

Yeah, you know, it tends to be contagious, and it sets this wrong pattern for people to follow. So you can feel when someoneâ€™s doing something really genuine or if itâ€™s really just another aim to be popular.Â You can do anything you want, and I really like that about being an artist. I could do something super underground, and then come back and do something poppy. And around that time I was trying to get my footing and find what works for me and what sounds good.Â I wasnâ€™t where Iâ€™m at now, but I was heading there, and it was a good start.

One of the things Iâ€™ve found that set you apart is how personal you are with your fans. Do you think thatâ€™s contributed to your expanding fan base?

Iâ€™m a human too. I fight the same fight that they fight. And if weâ€™re fighting the same fight, then letâ€™s join. In my music, Iâ€™m always expressing this sense of empowerment and freedom for people to do what they want and be who they are, but if Iâ€™m gonna be locked away in this fortress and canâ€™t communicate with anybody, then whatâ€™s the point?Â Itâ€™s like, â€œIâ€™m approachable, come say hi to me.â€

So, you said you were taking a hiatus from Twitter until the album was wrapped. Now that youâ€™re back, can we assume that itâ€™s almost done?

My friend, yes. Lordy, Lord [laughs]. I feel like itâ€™s hard sometimes to take people seriously when theyâ€™re like â€œHey man, listen, Iâ€™ve got something greatâ€ every five minutes. I really had to buckle down andÂ separate from everything and have this album sound the way I want it to sound.Â It was like â€œthis is my life in the last year, and I want it to be told perfectly.â€

You also donâ€™t tend to flood the internet with large volumes of music. Youâ€™re selective with what you put out.

I look at it like a great product. Letâ€™s say, Steve Jobs and the iPhone on Apple. These people, they know what they have and they know that itâ€™s really good.Â  And because they know that itâ€™s worth something, theyâ€™re going to make sure that itâ€™s right first. And when itâ€™s right, and they give it to one person, they know that one person will turn into two, which will turn into ten, 50, 100, and eventually, 1 million. I donâ€™t really see the need in spamming someone with my stuff. I know its good, and Iâ€™m working at getting better and better, but Iâ€™m sure if it really moves someone, theyâ€™ll share it. I donâ€™t want it to be becauseÂ I told them to tell 8 friends. Thatâ€™s not what changes the world â€” I donâ€™t believe in that.

You said you hadnâ€™t planned on making the album until you moved to LA. So how did you end up there?

Being from the East Coast, Iâ€™d never visited California. I figured Iâ€™d visit, and then once I got there, I just figured, â€œIâ€™m just not gonna leave.â€ It was so random, but it was just what I needed.

Where did the title,Â Wonderland, come from?

It was originally influenced by the film, Alice in Wonderland. Itâ€™s one of my favorite movies. Iâ€™m a big Disney buff.Â  It also correlates to my life as far as where Iâ€™ve been, where Iâ€™m at now, and where Iâ€™m going. Itâ€™s the point in life where you start to recall and reflect on whatâ€™s important to you and whatâ€™s not, and if you want things to change or you want them to stay the same â€” â€˜wonderingâ€™ where youâ€™re going to â€˜land.â€™

Yeah â€” itâ€™sâ€™ something. It was just a process ofÂ Â getting everything in my heart and mind into music form, and working with a team of producers to create something thatâ€™s life-changing.

So, is Wonderland going to be more pensive than your past work?

It is. It gets a bit pensive. And even more introspective.Â Just really thinking to myself about a lot of the frustrations that Iâ€™ve had and a lot of the questions that I want answered.Â Itâ€™s very much a smile with a grinâ€“ very Tim Burton-esque.

Youâ€™ve sampled a lot of Indie Pop groups like Foster the People, Miike Snow, and others.Â Can we expect to hear more sampling on the album, or is it going to be more original production from people youâ€™ve working with before, like Kris Fame and $port?

Yeah, itâ€™s actually going to be more original. Thereâ€™s only one song on the album that contains a sample and itâ€™s because $port is really stubborn, but itâ€™s too great of a record. Itâ€™s called â€œThe The Flowersâ€. Itâ€™s my farewell to a relationship I know I canâ€™t change and he has crafted the perfect soundtrack.

Are there any other producers we should know about?

Dope. When can we expect to hear it?

Maybe 2013. Iâ€™m totally kidding.Â  Iâ€™m actually trying to have it out by April. I should be done by the next week. Iâ€™m sitting down with my creative director, thatâ€™s Tomas Whitmore, whoâ€™s an extraordinary man. Heâ€™s been working with like will.i.am for some time now. Weâ€™re finalizing a lot of ideas. The musicâ€™s already done. Thereâ€™s just a few finishing touches, and voila. 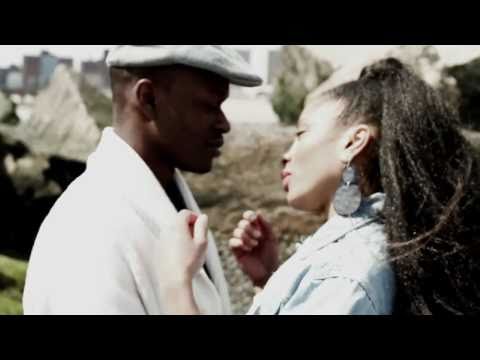